Mike Piazza grew more and more nervous as he and his wife Jolene and their newborn baby boy Zaiden watched the minutes tick away before Thursday’s $100,000 John Morrissey Stakes at Saratoga Race Course.

Not because he was a 10-day-old baby at a racetrack, he seemed to handle it fine and thankfully the usual hustle and bustle of the place was tamped way down on the mostly rainy day. Not because Piazza was worried about the abilities of Celtic Chaos in the 6 1/2-furlong stakes for state-breds either. No, Piazza was a little worried because of the non-verbal clues his firstborn child gave before the race.

“We were a little nervous early because he kept his arms kind of hidden over his shirt,” Piazza said. “We’ve got the Zilla Racing onesie and he kept hiding it like he was onto a different horse.”

Turns out Zaiden was a baby being a baby, not onto any of the other eight members of the field, and Celtic Chaos capped a big week for the extended Zilla Racing Stables family with a victory in the Morrissey. Celtic Chaos picked up his second straight stakes win and third victory overall, edging Ostrolenka by a neck over the muddy track.

“We wanted to keep the Z,” Piazza said, explaining his son’s name. “So when he’s here watching the race he’ll think the Z going around the track on the silks is for him.”

Zaiden might not have gotten a good view of jockey Eric Cancel and the black and lime green colors, newborn-baby eyesight or not, during the 14th running of the Morrissey. The 4-year-old son of Dublin dropped back in the early stages, raced in eighth as Brimstone zipped through the opening quarter-mile in :21.74.

Cancel and Celtic Chaos caught plenty of kickback that muted the bright green Z just a touch over the wet, drying out gooey surface as the field headed up the backstretch and around the far turn. Brimstone still led through a half in :44.96 ahead of a strung out group led by Gypsum Johnny, Ostrolenka and Eye Luv Lulu. Celtic Chaos only had Finger Lakes shipper Breakin The Fever and Papa Shot behind him as Brimstone sailed past the quarter-pole.

Cancel never worried about being as much as 9 lengths back at the quarter and nearly 6 back through the half. “I had the best trip that I could have with him,” Cancel said. “He’s a horse that likes to come from behind. You just got to time him right. Once you get the right timing with him, he’ll give you all he got.”

Cancel called on Celtic Chaos turning for home, spun the mud-splattered chestnut colt seven paths of the fence and gave him five cracks right handed approaching the eighth pole. Celtic Chaos made up ground quickly, drew on even terms with Ostrolenka at the sixteenth pole and edged clear in the final strides. Cancel pumped his fist on the wire, celebrating his first stakes victory at Saratoga.

“As soon as I felt he was going for it, I just tried to get a clean race, keep him out of trouble and that was it,” Cancel said. “I have ridden him almost all the times he has run. I get along with him. I know how he runs.”

The partnership of Cancel and Celtic Chaos started when the colt – bought out of the OBS April 2-year-olds in training sale for $55,000 – was a juvenile. He’s ridden him in 17 of his 19 starts, including four times as a five-pound apprentice and was aboard for Celtic Chaos’ most recent start before the Morrissey, a win in the Affirmed Success in late April at Belmont.

Cancel started on Celtic Chaos as he prepared for his career debut late in the 2015 Saratoga meet for trainer Tom Morley. Celtic Chaos finished fifth in a 6 1/2-furlong state-bred maiden before winning in his next start in October at Belmont.

“We bought him with Oracle Bloodstock down in Ocala for $55,000,” Piazza said. “It’s pretty funny, when we bought him I didn’t really want to spend more than 50 for him. At that time he was a Dublin, an unproven sire. We went to 45, somebody hit 50 and I was pretty much done. Conor Foley, our bloodstock agent said, ‘let’s hit it one more time.’ So we went to 55 and I was like, ‘ahhh.’

“When this horse was training as a 2-year-old he really wasn’t raising anybody’s eyebrows. We had some jockeys breeze him, we thought maybe he was a maiden-claiming type of horse. He’s lazy, you’ve got to stay on him. We put Eric on him and they just clicked. Eric is a very underrated rider. I’m big on statistics. When you look at Eric and he’s on a horse that is 4-1 or less he’s as good as anybody out there. He just doesn’t get the mounts but when he does he delivers. He’s been great to us and just a guy we know we can get behind.”

The partnership continued when Celtic Chaos was transferred to trainer Kiaran McLaughlin. Celtic Chaos, bred by Spendthrift Farm and a son of a Grade 1-winning stallion who stands at Keane Stud in Amenia, N.Y., improved to 6-for-19 with the Morrissey victory and boosted his bankroll to $380,780.

He’s owned by a group of about 20 partners, Piazza said, and he and McLaughlin targeted the Morrissey specifically after taking a pass on the feature race on the Big Apple Showcase card Memorial Day weekend at Belmont.

“He’s had six starts this year, three seconds followed by three wins and we wanted to freshen him up,” Piazza said. . We were going to run him in the Commentator Stakes at a mile, there were some really good horses that were the kind of horses that we weren’t sure we’d run our best against at that distance, so we decided to pass on it, freshen him up. He’s been running hard.”

“We’ve been pointing to this race all along. We had some speed scratch out of the race earlier today, we were hoping to keep that speed back in, but one of the horses that did scratch was probably the best horse in the race in Weekend Hideaway. We could have took that either way, but this horse just brings it every race. It’s amazing, he’s truly a blue-collar horse.” 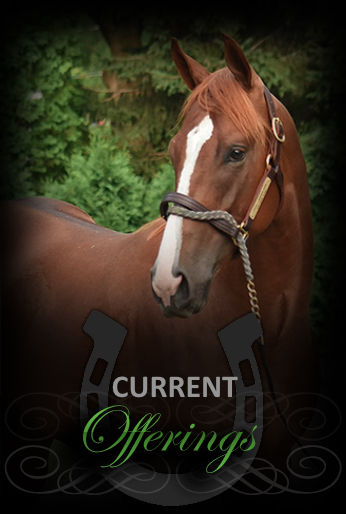