Zilla Racing Stables’ Celtic Chaos utilized a stretch-drive surge to overtake Eye Luv Lulu in the final jumps for a thrilling finish in the sixth running of the $100,000 Affirmed Success for New York-bred 4-year-olds and up in the first stakes race of the Belmont Park spring/summer meet.

The 4-year-old son of Dublin stayed off pacesetter Marriedtothemusic’s fractions of 22.31 seconds for a quarter-mile with the half going in 45.43. Jockey Eric Cancel piloted Celtic Chaos to a ground-saving trip from post 7 before rallying from ninth entering the stretch. Cancel went seven-wide before a strong push in the final eighth, completing six furlongs in 1:10.84 in outlasting Eye Luv Lulu by a neck.

“He’s a horse that likes to be comfortable at the beginning and he gives you a really good kick at the end,” Cancel said. “This time I knew I had to be a little bit closer with him. He gave me all he had. [It was] a perfect trip and we ended up winning.”

Off at 7-1, Celtic Chaos recorded both his first career stakes win and the first for his ownership group. The Kiaran McLaughlin-trainee paid $17.20 on a $2 win bet to improve his career earnings to $320,780.

“It looked like there was a ton of pace in the race and Eric thought it was best to be outside,” McLaughlin said. “He had to ride him almost the whole way, but he knows the horse and he’s been riding him well. I was a little nervous, but I could see him coming. I thought he was too far back [early] but once he worked his way out, he started running and I knew they were all going to be slowing down. It was a great win.  “It’s a special win for Zilla,” he added. “It’s their first stakes win, so it’s great for them. They’re very passionate owners and great fun to be around and they come out often. It’s a good team of people and we enjoy them.”

Eye Luv Lulu, trained by Rudy Rodriguez, finished in the money for the fourth consecutive start. Final Chapter earned third-place honors for trainer Charlton Baker, ending on the board for the first time in a stakes start.

The race is named for the son of the Triple Crown champion Affirmed. In 42 career starts, Affirmed Success registered Beyer Speed Figures of 100 or more 38 times and posted victories in races such as the Cigar Mile, Carter, Vosburgh, Forego and the Poker. 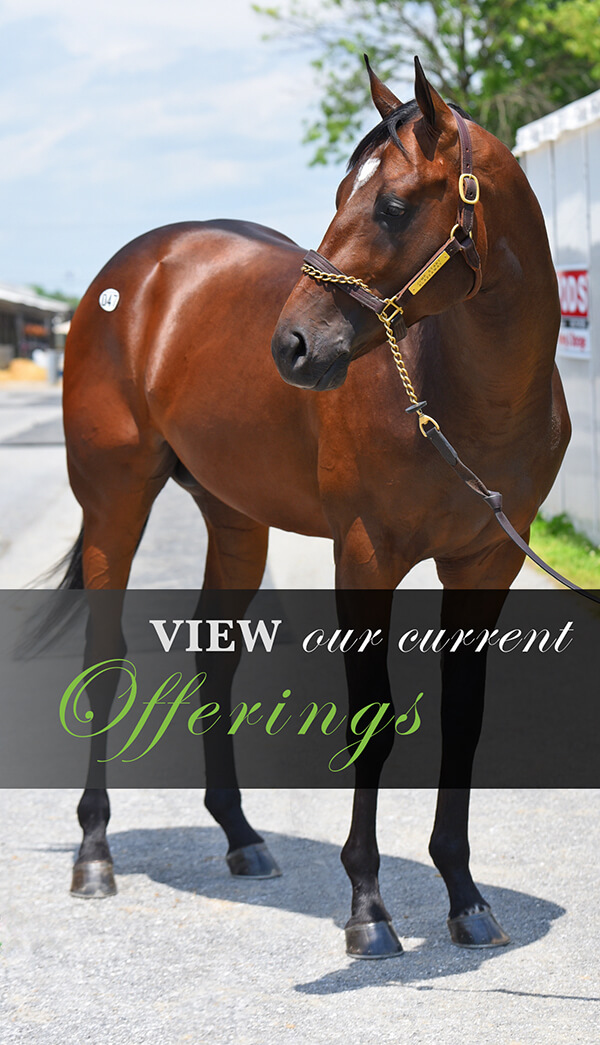 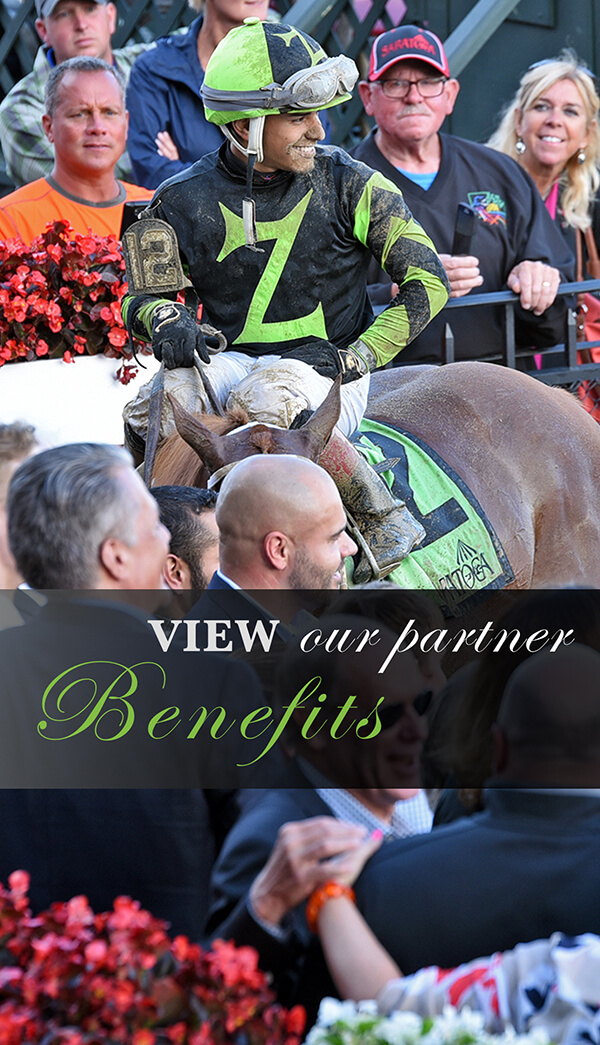 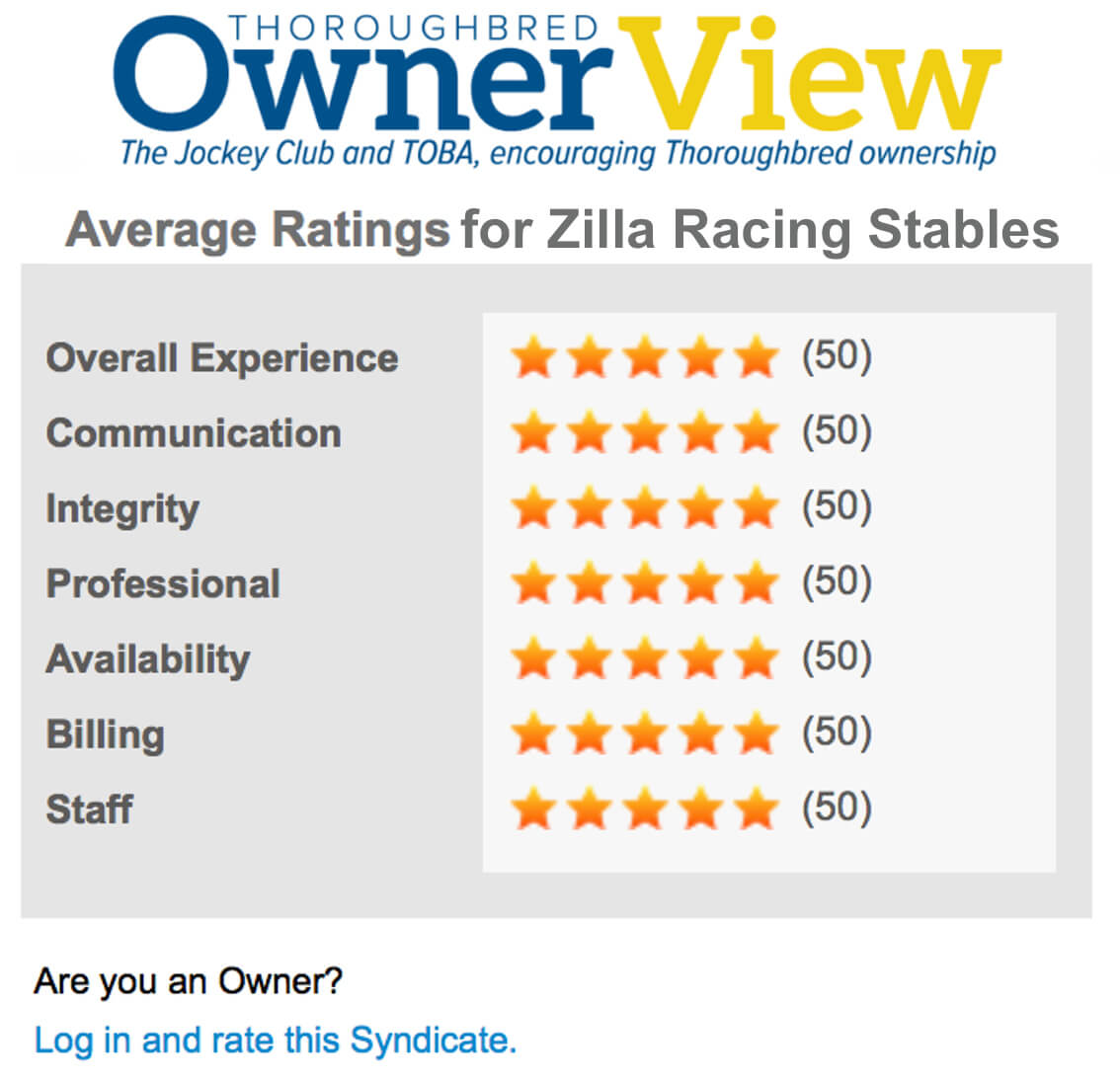 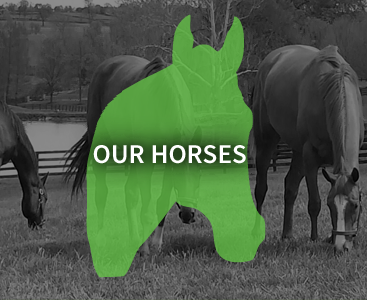 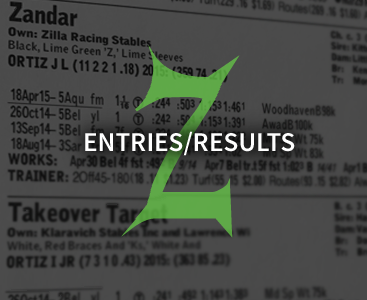 Winning isn't easy. While the majority of racehorses lose money and many barely break even, we assure you our team prides ourselves in knowing what kind of performance we can expect our horses to deliver and we have a strong understanding of race placement. Our results have and will continue to prove that.